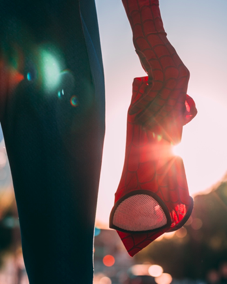 ‘I have Aspergers and that means I’m sometimes a bit different from the norm. And – given the right circumstances – being different is a superpower’ – Greta Thunberg

Firstly, what is autism?

Autism is a lifelong developmental condition that affects, among other things, the way an individual relates to their environment and their interaction with other people. (Aspect)

The word ‘spectrum’ in the term ‘autism spectrum’ describes the range of difficulties that autistic people may experience and the degree to which they may be affected. The main areas of difficulty are in social communication, social interaction and restricted or repetitive behaviours and interests.

Despite these challenges autism is often associated with a range of enhanced skills or strengths including but not limited to:

So there you have it, autistic people can possess superpowers such as Sustained Concentration, Managing Complexity, Attention to detail, Faster Problem Solving, Honesty and Loyalty.

If you want to take advantage of these superpowers Xceptional provide a range of employment solutions powered by our unique process and proprietary technology. To find out more visit  https://xceptional.io/businesses-page/

previous
Neurodiverse Employment - A Mother's Perspective
next
Public speaking freaks me out. Here’s why I persist