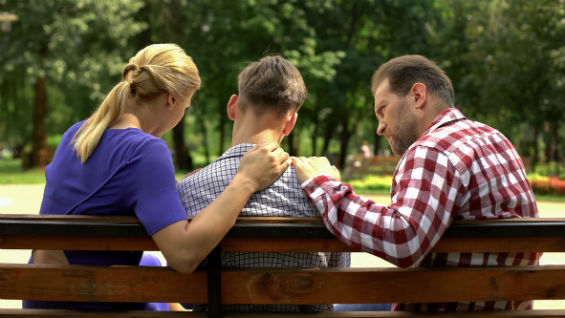 I’m Julia, married to Steve with two adult sons. Our younger son, Rob, has ADD. For ten years, we’ve been pursuing study and work opportunities for him.

As a child, Rob had good support, but this naturally started to reduce with age. We didn’t initially worry, because Rob was so bright and capable. However, the more that was expected of him, the more he struggled.

Various short courses were completed and certificates obtained – but degrees, although begun with some great grades, weren’t completed.

All of this made for a CV that was not going to work in the real world. Large gaps and incomplete studies are a red flag for potential employers.

Rob has regular appointments with DES (Disability Employment Service) to show efforts are being made to find work. While their training programs and workplace preparation have been good, it takes a really innovative company to understand how neurodiversity affects employment.

The pressure for neurodiverse people to get jobs often means being placed in positions for which they are over-skilled for. This leads to low self-esteem and aspirations, while true abilities are missed.

Eventually, with no opportunity to become financially independent, we accepted that Rob needed to live at home.

Both we and Rob wanted the independence that is usually enjoyed at this age, but didn’t know how to achieve it. We were starting to realise that he needed support and understanding of his condition.

Were there groups out there which would help? When I did discover something helpful (e.g. the Microsoft neurodiversity programs profiled in Wired magazine) it all seemed to be happening in America.

A love of coding

Rob developed a passion for coding and computer skills, often spending long hours on projects. He had some freelance work, but that came with pitfalls like negotiating contracts and managing time; not his strong areas. We felt there must be someone out there who saw Rob’s skills as an advantage, but as a foreign area to us, researching opportunities was not easy.

One night I watched a program called Employable Me, featuring Xceptional – at last, an Australian company supporting neurodiversity! Xceptional responded immediately to my contact. After so many dead ends in our journey, their encouragement and belief in Rob’s ability was overwhelming.

Xceptional has first-hand experience with autism and other forms of neurodiversity. They employ people on the spectrum themselves. I have complete faith that they understand Rob’s struggles and have his best interests at heart – such a relief!

Continuing to research opportunities for Rob, I heard about the NEIS (New Enterprise Incentive Scheme) to help new business starters.

After completing a short business plan course, Rob presented his game development business idea to NEIS and was accepted onto a one-year mentorship program. This was the closest we’ve come to success, but also highlighted the isolation of starting your own business, and the importance of others around you.

Connecting with Xceptional has provided pathways which Rob is still exploring, but we feel hopeful that he will develop his skills, find a productive work role and expand his community connections.

previous
A Christmas party with a difference
next
Is Autism A Superpower?