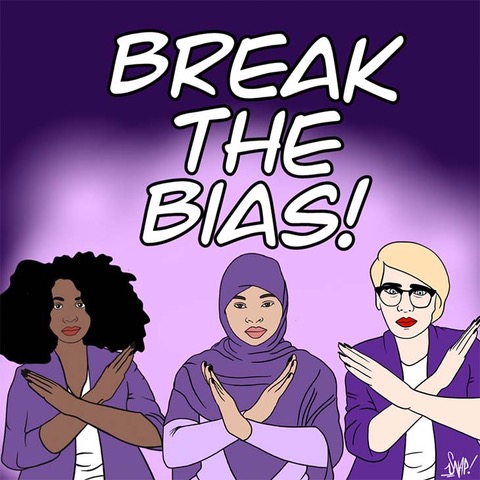 The world is not a fair place. Often those who make the breakthrough are not those who get the credit – Wi-Fi, GPS and Bluetooth all evolved from work by Hedy Lamarr, who is much better known as an actress, to take one example. Perhaps more often than any other group, women are denied the recognition for their achievements. Throughout history, women have changed the world for the better, often in the face of adversity imposed by discrimination against their gender, and they still do so today.

Within these world changing women is a subgroup of neurodivergent women who have used their cognitive differences to bring about vital change. To mark International Women’s Day 2022, let us break the bias and celebrate some world-changing neurodivergent women.

There can be no better place to start than with Judy Singer, who invented the term neurodiversity. As well as coining the term, Singer recognised both that neurodiversity may well be as important as biodiversity in the future of our species and planet, and that neurodivergent people as a group were being oppressed. Identifying as autistic herself, she has made a huge contribution to much of the modern understanding of autism, the nature of spectrum conditions, and that neurodivergence brings strengths and talents. The neurodivergent community owes a great deal to a woman who many of its members may never have heard of.

Very much in the present, one of the biggest names in music today, Billie Eilish, is also neurodivergent, having posted about living with Tourette Syndrome on Instagram. Famed for having a unique sound and style, she shows how different ways of thinking, the hallmark of neurodivergence, can shine in a creative field. In her refreshingly plain-spoken manner, Eilish makes no bones about the fact that Tourette’s brings difficulties, but also recognises that it is an integral part of who she is. Her achievements speak for themselves.

Staying in the creative field, Emma Watson is well known for her acting and women’s rights campaigning, but less known for having ADHD. While she has not spoken about her neurodivergence, a career full of remarkable achievements alongside a degree from an Ivy League university inspire many of her fans and show how ludicrous many of the stereotypes associated with ADHD really are.

Simone Biles is often described as the greatest gymnast in history and has been open about her ADHD. Like many neurodivergent people, Biles has used medication to manage some aspects of her neurodivergence, but as a successful athlete some have inevitably tried to use this against her. Showing the grace that defines her, Biles has continued to rise above the ignorance and broken barriers in her sport.

While there is a huge list of neurodivergent women who are cause for celebration, no group would be complete without the most notable campaigner of modern times, Greta Thunberg. Well known as being autistic, Thunberg has used many neurodivergent traits in her campaigning on climate issues. Far from holding her back, these aspects of her mentality have driven her forward, not least in a relentless pursuit of justice, a desire shared by many autistic people. Her impact speaks for itself.

These amazing women embody the truth that neurodivergence is a strength. Whilst there are also barriers, they and many others pave the way demonstrating bias can be the biggest challenge of all. Let us break the bias!

previous
Autism and job interviews. What’s going wrong?
next
I am autistic and I don’t want to work in tech